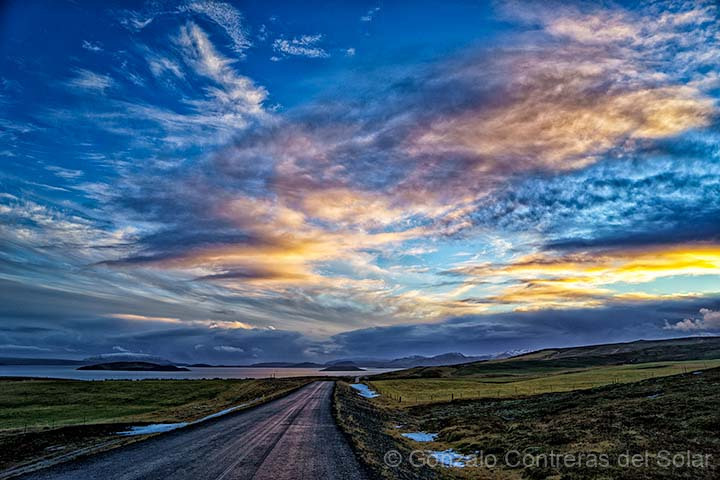 Having changed my software developer to Lightroom I was able to rediscover hidden diamonds images of Iceland.

Long time ago was told that Ansel Adams registered data of the images taken, so decided to do so. At that time, I used a paper-based system, registering location, data & time. Later incorporated camera, aperture, speed, lens, filter and tripod amongst others.

Early eighties, I ported this data to a database system, gathering information I would remember of each film roll taken. Finally migrated all of it to large Excel sheets, one for each of the different cameras I owned.

At the beginning of this century, when high quality scanners were made affordable, I invested on a Nikon scanner. Digitized images that were important to me, and through a collection of tools, was able to incorporate the Excel metadata.

With the arrival of digital cameras, raw images software developers came along. However, I was using a portion of its potential, made the rest on Photoshop after conversion. Decided to just use Lightroom and through the many training courses discovered I could have all in one database.

The process to port thousands of images into the single database took some time, enabling to see all images. This allowed me to review many images that I had discarded and extract hidden diamonds, including of Iceland. Following are images of the trip to Iceland that I had not shared before.

The weather in Iceland changes rapidly, and you must be prepared for rain while you take the images. In Gulfoss it rained persistently, had difficulty covering the camera from the wind blowing the waterfall mist and rain. Fortunately, the car had seat heaters that help dry us before our next stop.

While going to visit the caves at Skaftafell, we stopped at Seljalandsfoss waterfall, wanted to register a different view.

As our exclusive hotel was in the middle of nowhere, we decided to visit Reyljavik, left when the sun was up. The road passed near Skálafell, I saw the light painting the snow and mountain. Left the main road and after a few kilometers before the road got very slippery, stopped and took this image.

Later that day returning to our hotel the sun painted clouds and surrounding mountain close to our hotel at Nesjavellir.

Fountains of the world